I am currently working on several projects clustered around issues of security, development, climate change, and racial capitalism in East Africa. 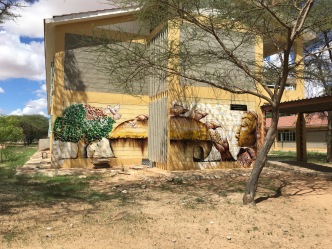 The first project is my book manuscript, Recolonizing Security: An Anthropology of the War on Terror in Kenya, which is a study of how counterterrorism is destabilizing contemporary East Africa.  Drawing on 17 months of ethnographic and archival research and over 135 interviews, I examine the aftermaths of terrorist attacks, the emergence of a new “counterterrorist consensus” in Kenyan politics, and the spatial impacts of security as cities and frontier zones are transformed by counterterrorism. Since the US Embassy bombings in 1998, Nairobi has become a major regional node in the global War on Terror. Now, as civil society organizations are increasingly conscripted into fighting “violent extremism,” I argue that counterinsurgency has begun to permeate whole new facets of social life. Ultimately, my research shows how Kenya has integrated counterterrorism as a central logic of its statecraft and how the resulting endless war with Al-Shabaab has re-shaped cities, civil society, and state institutions. For this project, I have received support from the Fulbright IE, the Social Science Research Council Mellon/IDRF, the Wenner-Gren Foundation, and a Mellon/American Council of Learned Societies Dissertation Completion Fellowship. 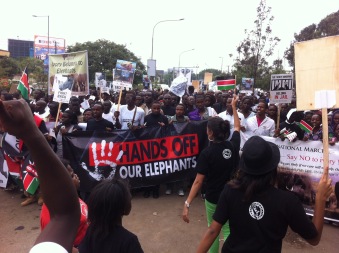 My second major research project is tentatively titled, Ecological Apartheid: Security and the Governance of Nature in East Africa, and will investigate how the interlocking crises around poaching, drought and rangeland collapse have created the conditions for the security-driven governance of East Africa’s ‘natural spaces.’ Through the prism of political ecology, this project will analyze the “securitization of nature” in wildlife conservancies in East Africa and the social conflicts which arise in the wake of such securitization. I began work on this project in 2015 at protests in Nairobi, followed by fieldwork trips in 2017 (and about a dozen interviews) at several conservancies and towns in Laikipia, Isiolo and Samburu counties of Kenya where conflicts between local communities and large conservancies were taking place. Future research will take place in both Kenya and Tanzania.

Thirdly, I have an ongoing stream of research on piracy, Indian Ocean governance and the production of maritime space. I have been conducting research these subjects since 2010, beginning with a study of the piracy trials in Mombasa and continuing with historical research on primitive accumulation and long histories of counter-piracy in the Indian Ocean. I have published on this research in Environment and Planning D: Society and Space, in an article titled “Piracy and the Production of Security Space.” And I have several pieces in preparation on the Mombasa piracy trials and on what I call “the primitive accumulation of ocean space.”